Steven Brown – our Ranger on a bike! 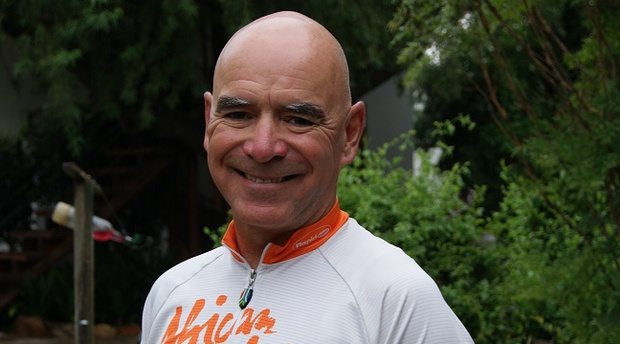 Steven is a regular visitor in our guesthouse and shows other cyclists, how beautiful South Africa is. You just have to look on Stevens forearm to realise, that he is passionate about biking.

There, on his forearm, forever inked, is a tattoo of a jockey wheel and according to Steve, his dedication to cycling and a healthy active life style. Actually, there also could be a picture of a diving mask, a sailboat and of a rhino, as Steven has had many adventures in his life. Almost all his jobs have one thing in common: they take place outdoors. “I love every minute, I’m outside”, he says.
​​​​​​​​​​​​​​​​​​​
Ranger, diver, sailer, sailmaker, biker - Stevens life story could fill a book. So we can just quickly march through it. After serving in the military for two years, he worked on an ostrich farm, before getting the chance, to work as a Ranger in Namibia in the Etosha National Park. He stayed for six years. After another two years in the Caprivi Strip, he started diving in Mossel Bay along the Garden Route and worked as a dive master. Then, one day, an elderly couple approached him and asked, if he wanted to sail with them, their idea was to sail around the world. Thinking of the adventure and the unknown, Steve agreed and made it to South America.

There, he changed boats and sailed to the Caribbean, where he would sail with guests off the cruise ships and giving them a unique experience of racing former America’s Cup race boats off St Martin, before sailing to the Mediterranean and crossing the Red Sea and the Seychelles. After over 35.000 sea miles, life had other plans. He fell in love with a women and moved to Germany, where he stayed for eleven years, worked as a sailmaker and discovered his passion for cycling. He would cycle to work every day or put his tent on his recumbent bicycle​ and travel around.

Not all love lasted, but surely his love for the bike. He returned to South Africa in 2011 and started as a freelance tour guide. In 2014, he founded his own company Cycle Africa Tours together with his brother Alan.
He also likes to challenge himself and competes regularly in cycling races. One he is the proudest of, is the 36One MTB challenge he finished last year. This race takes place in the Karoo, where you bike over a whole night and a whole day. You have only 36,1 hours to finish the 361 km. Even though Steven promised himself after the race to never to it again, a few days later he changed his mind and registered for the following year. At the moment, he also preparing for the Munga​ mountain bike race​ that stretches over five days, where Steven will cycle over 1000 km between Bloemfontein and Cape Town.

By the way: “Ranger Steven” is still visible. On the spot, he can tell you, what bird is singing. And if you stop in the bush and look on the ground, he can tell you what animal tracks you see on the ground and how long it is, since that animal passed by. So we are sure, our guest have a marvellous time with Steven, who is just as passionate about biking as he is with his clients. 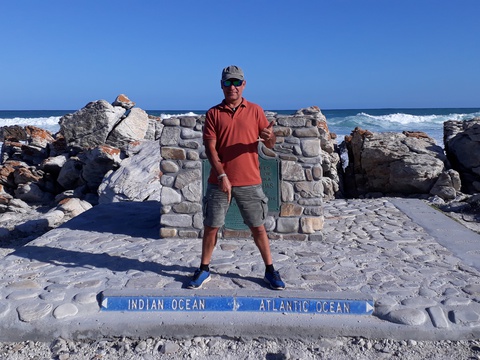 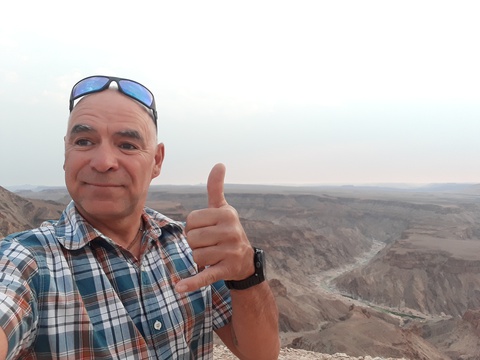 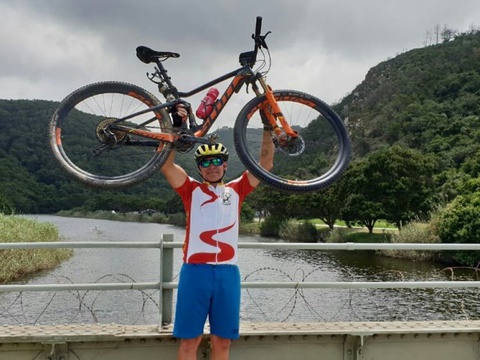 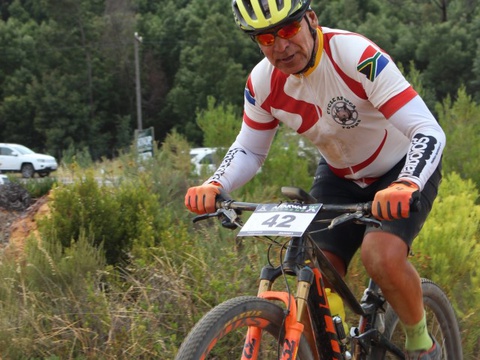